Ukrainian lithium, another cause of the Russian invasion?

Due to the detailed analysis of insight information collected by our department of experienced analytics at Thunder X Pay, we can claim that the discovery of more than 500,000 tonnes of lithium, one of the key metals in the energy transition, could have amplified Putin’s interests in Ukrainian territory. 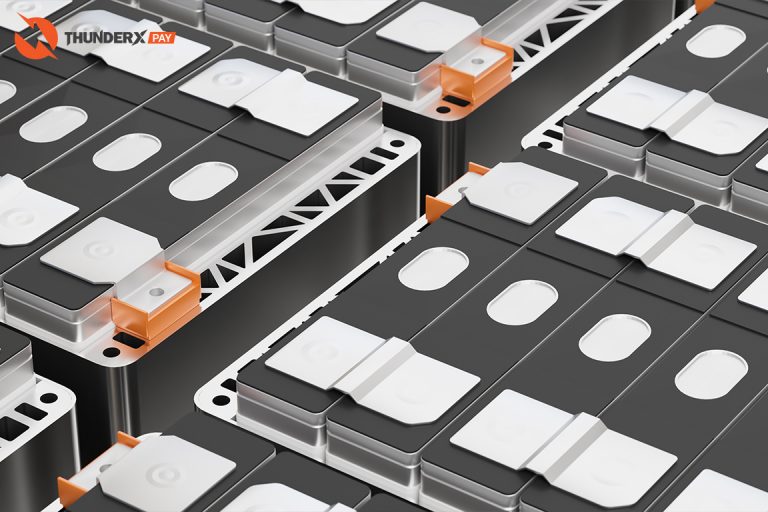 Almost a month ago, Russian President Vladimir Putin announced the start of a “special military operation” by Kremlin troops on Ukrainian territory. The main objective of the operation was the “denazification” and “demilitarisation” of the country after Kiev opposed the independence of the Donbas region and refused to renounce NATO membership.

But what if Moscow’s offensive was motivated – in addition to political interests – by other, less obvious issues?

Just three days before Putin announced the start of the invasion, in the British city of Brighton, almost 30,000 kilometres away, Ukrainian National Academy of Sciences researchers Svitlana Vasylenko and Uliana Naumenko published the results of their latest studies. “Ukraine has great opportunities to become one of the world’s leading lithium producers,” they said. 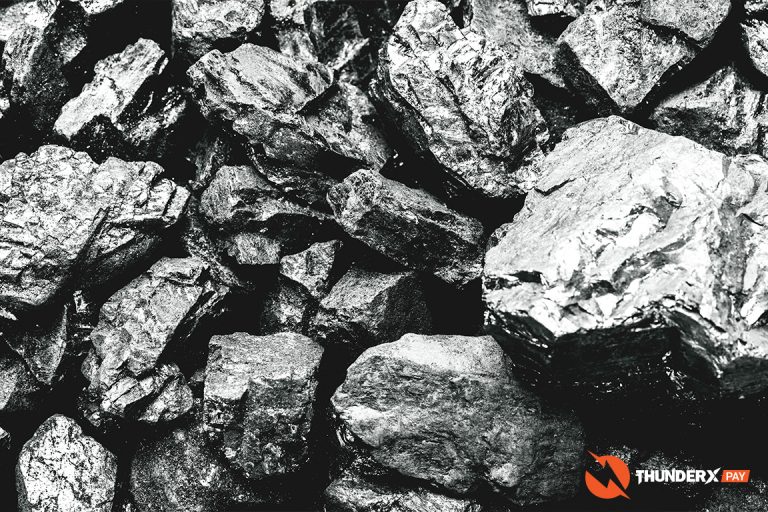 According to experts, the main reserves of this metal, also known as “white gold”, are located in the Donbas region, in the east of the country, and in a territory known as the “Ukrainian Shield”, in the centre. And, as the journal Scientific Collection Interconf has revealed, the Ukrainian deposits could be as much as 500,000 tonnes of lithium oxide, in the form of petalite, spodumene or lithium carbonate.

“Lithium may not be the reason for the invasion, but there is a reason why Ukraine is so important to Russia. And that is its mineral base,” Rod Schoonover, former director of the National Intelligence Council’s Environment and Natural Resources Directorate, told the US daily “The New York Times”. According to Schoonover, Moscow is trying to position itself in the lithium war, which will shape the future of the technology and mobility sectors.

In this sense, the Donbas region would become a doubly strategic territory. Not only does it account for nearly 20% of Ukraine’s GDP – according to data available in 2013 – and represent one of the most industrialised parts of the country, but it also has a large part of the reserves of the “white gold” beneath its surface.

“Taking into account proven reserves and expected lithium resources, Ukraine could become one of the richest countries in the world. It could fully cover its own needs and supply lithium to the Western European market,” Vasylenko and Naumenko concluded in their research.

The importance of lithium

In recent decades, lithium has emerged as one of the key metals in the digital transition. This “white gold” is essential in the production of electric car batteries, wind power plants and mobile phones, and the resulting increase in demand has caused the price to rise by more than 440% in the last year alone, according to the index prepared by the consultancy Benchmark Mineral Intelligence. 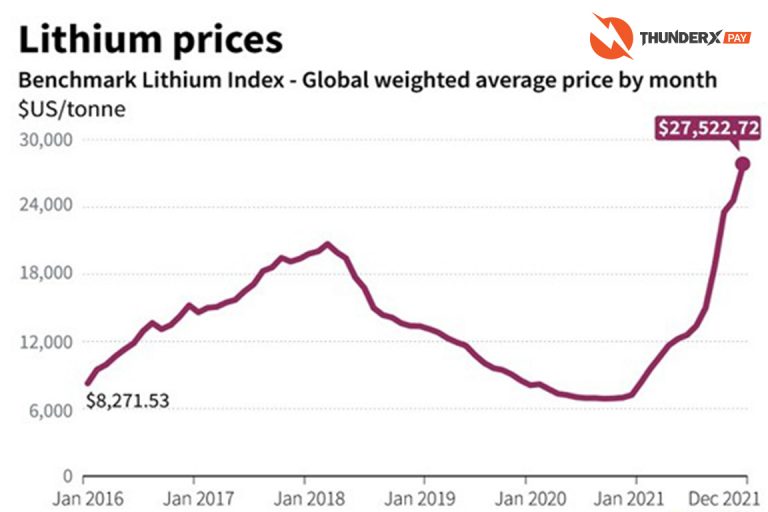 In this scenario, and in view of the exponential growth in the use of electric cars -which continue to reach sales records, with more than 6.75 million units sold worldwide-, the vast majority of powers are immersed in a race to acquire lithium reserves. In fact, the International Monetary Fund (IMF) has already warned that the market for strategic minerals such as copper and lithium could quadruple by 2040.

And the limitations of these raw materials, together with the massive digitalisation that characterises our generation and the objectives of energy transition will end up generating significant bottlenecks in materials such as “white gold”.

This is why, even before Vasylenko and Naumenko’s announcement, the international community had already turned its attention to Ukraine and its lithium reserves. While Putin’s offensive put negotiations on a strategic alliance for a digital energy transition between Volodymir Zelensky and Brussels on hold, other powers were also looking to invest in the territory. 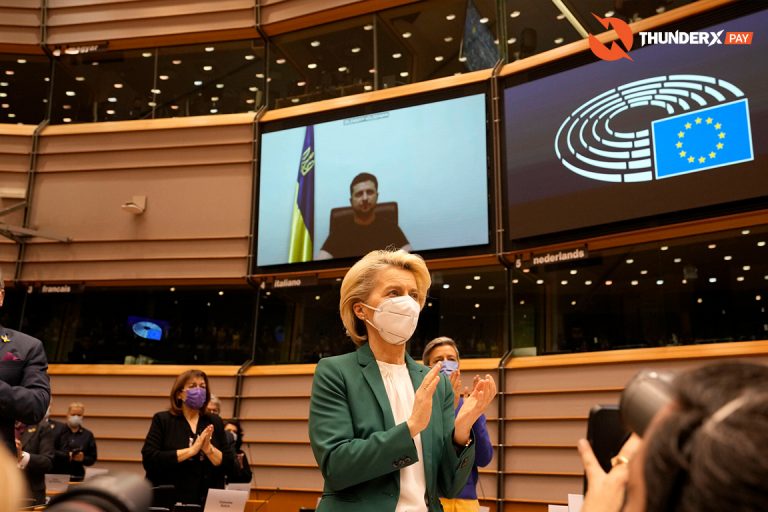 This was the case of two Chinese and Australian companies, Chengxin Lithium and European Lithium respectively, which announced in November their interest in bidding for exploration permits for the Shevchenkivske deposit – a spodumene deposit located in Donetsk, in the Donbas region – and the Dobra deposit – in the “Ukrainian Shield”. These reserves contain 1.1 per cent lithium oxide at Shevchenkivske, 1.38 per cent at Dobra, and 0.86 per cent at Kruta Balka, also located in the east of the country.

Moreover, for the European Union, these deposits could represent an opportunity to reduce its dependence on foreign oil. At present, Australia, Argentina, Brazil, Chile (known as the “lithium triangle”) and China hold most of the world’s “white gold”, so the Ukrainian deposits would help reduce lithium imports, which already account for 87% of total demand.

By 2050, Europe’s need for rare earths is expected to increase tenfold, and according to the World Bank, in this scenario, production of minerals such as lithium graphite should exceed 2018 production by more than 450%.

As we see from the current situation, Russia officially did not announce the war, but a special military operation! However, there are hundreds of facts of severe rape of kids, teens, women, and families in all cities, with hundreds of killed kids, teens, and families in their homes, apartments, etc. So, most of us is asking very simple question, why does it happens? On the oppinion of our Analytic team, it looks like it is not just a war, it’s simple genocide of Ukrainian citizens. According to the constitution of Ukraine, natural resources belong to the people of the country.

So, in fact, from what we see, it follows that the main task of Russia’s military forces is not to conduct military action, which includes the destruction of military infrastructure such as military bases, airfields, landfills, etc., but the destruction of Ukraine’s population along with buildings and facilities of civilian infrastructure, because for the Russian Federation itself, the civilian and military infrastructure together with the population is absolutely irrelevant. In this way, the main task is to acquire with Russia the necessary land in Ukraine, which is rich in lithium resources. If there were no Ukrainians, it would mean no country anymore, so there would be no circumstances that would stop Russia from using natural resources on its own accord.